Consider Prefabricated Structures For That Dream Home You Want To Build 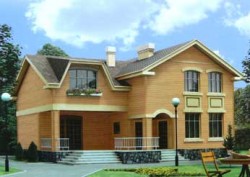 These homes will most likely be somewhat smaller than conventional houses

For virtually anyone considering building their own home the issue of cost looms large. Even if you already own a piece of land upon which you can build which doesn’t require any further financing, you still need many tens of thousands of dollars to go forward with your building plans. Whether you are able to finance your construction costs or not, you naturally will be interested in any available method of cutting costs while still ending up with a comfortable home in which you and your family will enjoy living.

Have you taken a look prefabricated structures as a way of building a high-quality house for much less money than conventional buildings cost? For many Americans a prefab home is completely out of the question as it has traditionally been synonymous with living in a trailer park in a mobile home. Well, this is far from the reality today, and you would be well-advised to do some research into the possibilities that prefabricated buildings offer budget conscious home builders.

In the United States there are scores of relatively small builders who specialize in so-called modular designs, a process in which homes are built in a factory using techniques of mass production, and then transported in large sections to be very quickly assembled on the building site. In just a few hours digging through your options on the Internet you should be able to determine whether prefab methods have anything to offer you.

These homes will most likely be somewhat smaller than conventional houses, but for some people this isn’t a problem as the designs themselves emphasis simplicity over extravagance, which has its own pleasing aesthetic. As they are also sure to be much cheaper you might find yourself a lot more receptive to the prefabricated look than you might think.

If you are looking to downsize into a smaller home anyway, and the idea of spending less on utilities attracts you, prefabricated structures really might be the way for you to proceed. Many people have found them to be the sweet spot between economy, comfort, and high-end finishing touches found in homes costing hundreds of thousands of dollars more. The reality is that for many budget-conscious retirees especially, the option of prefab homes can make the difference between actually building a house and having it remain a dream.

How To Save Money With Folding Chairs

Where To Buy The Corner Sofa