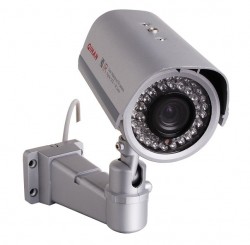 A camera surveillance system’s success can only be really measured against what the owner’s intentions for the system were.

Some of the best camera surveillance systems are the simple 4-channel out of the box systems that you can get for around $400.  Why?  Because these systems meet the goals set up by their owners.  A camera surveillance system’s success can only be really measured against what the owner’s intentions for the system were.  If the purpose is to monitor the entranceways to the house and the system does that, then it has met 100% percent of its measurable goals.

When setting up your goals, you must make them measurable.  You can not just say, “My goal is to protect the house.”  It just doesn’t work that way.  You need to think about it and break your overall goal down into measurable components.  Protect the house how?  By letting criminals know they will be recorded.  Therefore, placing an outdoor security camera in an obvious spot is the solution.  The measurable part of that solution would be the amount of time that the security camera provides recorded footage.  That number is usually expressed as a percentage.  So the goal could be expressed as “99% coverage of the critical doorway.”

The only way security cameras really prevent crime is in the knowledge that they put in anyone’s mind who approaches a covered area that they might be watched or recorded.  Hence, a second measurable goal might be to place the outdoor security camera in different positions, while still covering the same area.  For each position, you can ask friends to look at the area.  Then ask them if they noticed they camera.  Putting the camera in the position that gets the most notice will give you the best chance of preventing random crime at that area.

If you apply a little scientific reasoning to you camera surveillance system plans, you can get better, measurable results.  It also lets you understand the purpose and limitations of your system to a higher degree.

Decorating Ideas for a Small Bedroom

There is Still Time to Try Solar Lighting This Summer