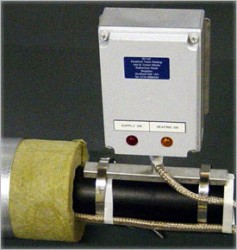 The main downside to getting an electrical trace cable system is the cost.

Electrical trace systems are becoming very popular in the home for a variety of different reasons. The main one is that people see them as efficient, as they can be set to only come on when the temperature falls below a certain level. This is especially important in today’s economic climate, as well as for environmental energy conservation. What are the downsides to trace cables though, and should you think about getting them?

The main downside to getting an electrical trace cable system is the cost. If you buy insulation this is a one of cost and usually relatively cheap. If, on the other hand, you decide to buy a temperature controller and heat cable then you’re looking at the initial cost plus the cost of energy. Admittedly this is a lot less money than heating up the entire attic, but it is still something to think about.

Another consideration is that the trace heat systems usually need to be installed by a professional. This means that you’ll have to pay extra in order to get them installed – something that isn’t the case with insulation. There is no doubt that a heating system will be much more effective, but this is something you need to remember and keep in mind when choosing. It’s important to work out the long term cost of getting a heat trace system compared to the cost of not heating the pipes.

For general temperature management insulation is usually the first thing to try. It can be effective at reducing heat loss through the pipe even though it doesn’t actually provide any extra warmth itself. If you have a problem with frozen pipes though then a heat trace cable plus temperature controller is probably your best solution in the long run – for others insulation may be enough.

The Advantages of Reclaimed Hardwood Flooring