The Basics of Wall Air Conditioners 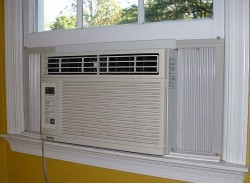 Window-wall air conditioners have a compact body as well, but are smaller in size with built-in metal jackets.

A through-wall air conditioner, on the other hand, is a smaller, compact type that is usually enclosed in a single box-shaped metal casing where the fan system, compressor, and condenser are all enclosed. Installation of this type may require some metal brackets to support its entire weight.

Now, that you’ve learned the basics of window air conditioners, you can arm yourself with this information to help you choose the type of air conditioner that works best for your home.

Cleaning Is a Breeze with Dirt Devil Scorpion Hand Vac

Lift Top Coffee Tables and Its Other Services