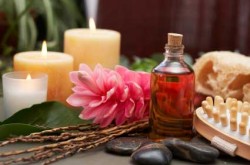 Castor oil became well-known and recognized as a remedy because it can be used as an internal medicine or external soap.

It is a well-known fact that mothers use natural remedies for many everyday problems that they discovered countless castor oil benefits. Castor oil provides a list of its uses and its benefits that can help with medical illnesses, daily crisis and long-term complaints. The popularity of this oil became so vast that they have surpassed several oils with limited uses.

ognized as a remedy because it can be used as an internal medicine or external soap. The world produces this oil in several million metric tons because the value of its myriad of uses is distinguished in both domestic and commercial establishments. Indeed, this product is worthy of your health and wellness.

What is Castor Oil?

A good mother will always ask questions before applying or inducing any product to herself and her family. The usual questions would be, “what is castor oil?” and “what are the uses of castor oil?” Mothers with a lot of questions are not annoying, they are wise. They want to be very sure because they would not want their family to be compromised.

Technically speaking, castor seeds are the ones which produce the oil. These seeds are harvested from the plant Euphorbiaceae or Ricinus communis which is commonly referred to as castor plant. When the oil is extracted, it produces either a colorless liquid to a pale yellowish hue. This oil have limited to no odor at all.

Predominantly, Euphorbiaceae is found in India, Brazil and China; though some parts of Asia, Africa and the West Indies can also produce the castor plant. Farmers are very cautious when harvesting the seeds of the castor plant. They can suffer from allergies to permanent nerve damage and seeds contain a toxic protein called ricin. Therefore, scientists are trying to modify some of the properties of the castor plant so that they would not be too much of a health risk to farmers.

What are the Uses of Castor Oil?

As mentioned, castor oil can be used internally and externally. Thus, scientists have found several uses that are very beneficial to some illnesses and common problems a household could have. Let us take a look at some of the most popular uses of this oil.

In the food industry, the oil from Ricinus communis can be used as flavouring and flavour preservation. Along with that, the oil can also act as an inhibitor for mold and assist in packaging the foodstuff.

In the traditional sense, many everyday problems can also be healed by the application or ingestion of castor oil. These problems amongst many are:

The proven ability of castor oil is not only seen in the household, it is also apparent in the industry of transportation. Engineers find this oil useful for electric liquids, brake fluids and sealants.

Like a miracle cure, the advancement of castor oil proved to provide numerous benefits for medical, traditional and industrial uses. Who knows what else is undiscovered about the oil? Maybe in the future, the abilities of castor oil will be maximized at its full potential.

How To Choose The Perfect Bed

Things You Should Know When Buying a Memory Foam Mattress Pad

The Modern Daybed A Great Choice For Any Room