When to Initiate a Delta Monitor Shower Faucet Repair 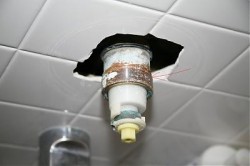 Delta Monitor Shower Faucets are landmarks in shower technology. They are the first type of mass produced shower faucets to avert any type of temperature change despite sudden use of other water sources such as toilet flushing or dishwasher/washing machine use. This is due to the innovative anti-scald technology which makes sure the shower temperature stay within a tolerable degree, protecting your from sudden changes in hot or cold water pressure.

When your delta monitor shower faucet handle starts creaking, you’d know that you need to pay closer attention to your shower set up. Creaking may only be a slight inconvenience for people who are OC with detail, but it can actually be a warning sign for more problems that cannot be seen by just the naked eye. You should consult with a shower repair man when you hear excessive creaking from your shower handle, or you should take a look at it yourself if you have basic knowledge in plumbing. 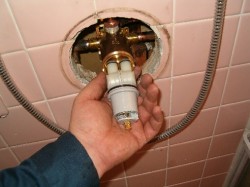 Creaking usually occurs when the gears of the shower handle are not lubricated. As such, creaking is caused by the scraping of the handle grooves against the grooves of the faucet which is directly attached to the plumbing. In order to remedy this, a simple application of WD-40 or any type of anti-rust/creak formula on the grooves would do. Otherwise, your shower handle might “lose thread”, as it is often called, and lose traction altogether. This would mean replacing your entire shower handle, or worse: the component attached to your plumbing.

Although highly unlikely to happen due to the high quality of materials used, deteriorated Delta Monitor Shower Faucets should also be replaced. Unless you bought a really old model or you have a defective model that can avail of the Delta Monitor warranty, Delta Monitor products should last at least ten years before even starting to fade. In any case, having defective shower handles is not a good idea because it can lead to serious harm later on. 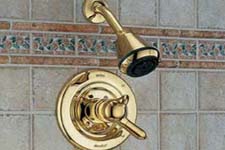 While most people would come up with make shift solutions to these problems like building putty parts for the deteriorated shower handle portions, it is generally not a good idea because it will not function well and it will not sure look good. Imagine a discolored portion of an all chrome shower handle; it would look like dirt and might even cave in due to extensive use. As an interior designer, I highly discourage this type of home remedy because of its lack of aesthetic appeal and its latent deficient functionality issues.

You get what you pay for is always right, and in this case, you get what you give. If you really want to have a beautiful bathroom, you should put a little effort into it and not just come up with a home remedy because of sloth or stinginess. For your Delta Monitor Shower Faucet repairs, only go for premium Delta Monitor spare parts. You’d be glad you did, I’m sure of it. ;) 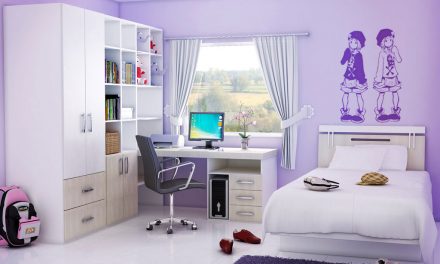 Selecting Furniture and Décor for Your New House