Advantages of Using A Shower Hose 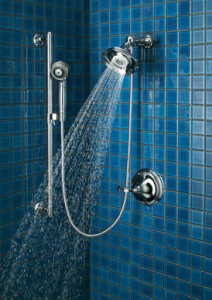 Taking a bath is always a good thing because it makes people clean and, for some, relaxes them after a hard day’s work, or prepares them for new day. The most popular method of bathing nowadays, apart from the bathtub, is the shower. It is convenient because one merely has to stand under the nozzle and receive water before, during, or after soaping up. However, the shower nozzle, despite its convenience, is not the best bathing implement that one may use. Unlike the shower nozzle, the shower hose has many more advantages that makes it not only convenient but also efficient and relaxing.

Unlike the shower nozzle, a hose is more efficient because is portable and can be used to reach hard and awkward places of the body. When one stands under a shower nozzle, the water that falls from above can only be properly manipulated if one would direct the part wished to be washed upward. As such, bathing can become a pain because one is required to strike awkward poses in order to ensure total cleaning. Imagine pointing your butt upwards in case you needed to have it properly washed. Not only could this pose-striking be uncomfortable, it can also be dangerous as it can lead to slips and other accidents while in a slippery environment. With a shower hose, a bather may direct the water towards the area of the body he or she may wish to wash – no more need for awkward poses or positioning.

Apart from this, the shower hose is also more environment friendly. A shower nozzle can only be turned on and is, as aforementioned, inefficient in the way it only shoots from above. As such, the tendency of people who use shower nozzles is to let the water flowing in order to wash oneself properly. Without actually calculating what is wasted, a person who uses as shower nozzle would be surprised to learn that a few minutes worth of such use, combined with that of the use of everyone in a whole city, would be enough to provide clean and potable water for small villages in Africa and South America that are deprived of water. The wasted flow that seeps through the body because of inefficient use is drained without so much as thought to other people who could be using them. With a hose, one does not need to keep the water running, as aforementioned in the preceding paragraph. Since a hose functions via the pressing of a button in its handle, bathers can conserve water by stopping its use after the part needed to be washed has been properly accorded.

Above and beyond its practical uses, such is hose is a very sleek accessory to have in the bathroom. It adheres to must modern minimalist designers who seek to simplify spaces through minimal fixtures striking designs. Apart from being practical, such a bathing implement is also chic and aesthetically pleasing. It is the perfect way to bathe.

Using the Freestanding Bath for Your Large Bathroom