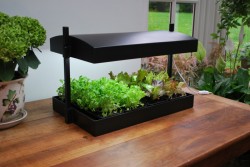 Now you can have your own backyard placed inside your house!

With rising energy costs and a spluttering economy, it’s no surprise that energy efficiency is of key concern among grow light gardeners.  The goal is to use a system that produces optimal light for plant growth, that has low set up costs, is highly energy efficient and has a long life span.

The purchase cost of different lighting systems is easy to determine by researching what is on offer at different retailers.  In general terms you will find that fluorescent grow lights have a cheaper initial cost than HID grow lights and LED grow lights.  But read any LED grow lights review and you’ll notice that when it comes of life span, LED bulbs often come out top.  Studies have shown that the average LED grow light will last between 50,000 and 100,000 hours.  High Pressure Sodium lights and Metal Halide lights (both of which are classified as HID grow lights) have a much shorter life span.

But there is one final layer: the heat signature of the grow light.  Lights that do not emit a great deal of heat such as LED grow lights and fluorescent lamps can be placed far closer to the growing plant than some HID grow lights that radiate high levels of heat.  And the closer the light source to the plant the higher intensity of light received by the plant.  So a light that emits 50 lumens per watt placed at 2 inches from the plant will be more efficient than one that emits 100 lumens per watt that is 2 feet way (all other things being equal). 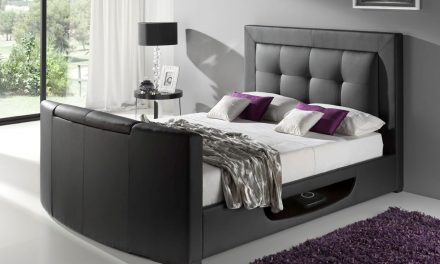 What To Look For When Choosing A Bed Frame