How and Why You Should Use Your Electric Shower Properly 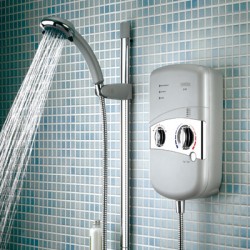 Proper care and use of electric showers

Electric shower are great for mornings when you get up early for work but really haven’t fully awakened yet (which is every single day of the work week). Bathing with cold shower in the morning shocks the sense and is not good for people with sensitive skin. Electric shower provide an immediate and constant source of head, compared to central heating systems that may take a while to configure.

Can you imagine taking a cold shower in the early morning, especially during winter? I would surely die and I shudder just at the very thought of trying. Electric shower heaters have gone from luxuries to basic necessities in today’s modern world for people like you and me. It is therefore a must to learn as much as possible about how electric showers and how they work.

Ensuring the Safety of Your Shower Electric Unit

Bathing with hot water is fun but dying because of electrocution is not. Make sure that your electric pumped shower unit is safe by inspecting the wiring that connects to the shower head or part of the shower hose, whichever you may be using. For safety purposes, turn off the electricity from the circuit breaker and the water supply when doing these routine check-ups.

Remember that all wires should be properly covered with electric tape or conduit caps and that a grounding wire should also be securely attached to the water pipe. If you see any wayward wires that seem ominous or dangerous, cover them properly with electric tape or ask an electrician to help. It is recommended that you check the wiring of your pumped electric shower at least once a month to avoid and prevent accidents. 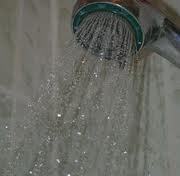 Benefit from knowledge of proper electric shower use

Proper Use of Electric Power Showers

There may be new models that would be available soon and would probably change the electric shower game within a few years, but the current generic model still consists of a separate heater and toggle for the water source. As with any generic model, bathers should always remember to turn on the water before switching on the electric heater and adjusting the temperature. Doing the opposite would damage the heating element and surely destroy the heater in the process.

With regard to adjusting the temperature of the water, always remember to take everything by small increments. You may be cold in the morning so you decided to turn the dial of the heater to an increment above what you usually set. Let me assure you that this will not give you a comfortable warm shower, but, rather, a scalding torrent of torture. In the future, we also pray for inventions of shower dials that give exact and corresponding levels of heat.

After bathing, always remember to turn your water heater off first before closing the water supply. Doing the opposite would be the same as leaving it on without water which, as I have earlier mentioned, would damage the heater’s heating element. The good thing with advanced models of electric shower units nowadays is that they can be configured to remember the settings of your previous shower so that you do not have to grope around for the perfect blend of warm but not scalding while in the shower area.

Which Electric Shower is for You

I am a bit of a jetsetter and I travel to as many exotic places as possible. In my recent trips to some Southeast Asian and African counties, I was pleasantly surprised that there were also cheap electric showers available in their hotels. I think that knowledge about electric showers is universal and applies wherever in the world you might be.

Knowing about electric showers will you help when choosing to buy a new model to replace your old one or helping your friends decide which specific model to buy based on their features and capabilities. I particularly liked Triton Aspirante Electric Shower from Amazon because of its sleek black finish, which goes well with my stylish walk in shower set up. Make no mistake, however, because beyond its handsome appearance, it delivers good quality performance in providing hot showers on demand. It is roughly around $450+ but let me assure you it is worth every single penny.

Small Toilets for Small Bathrooms You Can Use at Home