Why You Should Avoid Used Kitchen Cabinets for Sale 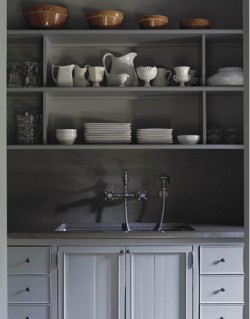 There are some things in this world that would work even if acquired second hand. Cars, for example, are normally sold second hand and people buy them all the time. Cellular phones are also sold second hand and people usually sell them to close friends and relatives for a relatively cheaper price. As such, while some objects may be appropriated after being used, there are some that should never be sold again. An example of this is used kitchen cabinets for sale in thrift stores or knock-off boutiques.

From what we mentioned above, cars and cellphones are often sold secondhand. Usually objects like these are sold because they can still be made to work after a few tune ups. By ‘objects like these’, I mean objects that have different types of components that rely on each other to work. Cars have different engines, wirings, cables and axles, while cellphones have different keypads, batteries, and cases. If one of its components do not work, a replacement will solve the problem. The bottom line is that you’re actually paying for the combination of the parts that still work. 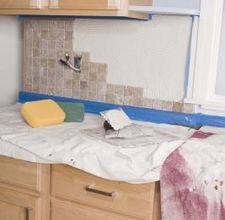 The same, however, cannot be said for used kitchen cabinets. Unlike cars or cellphones, used kitchen cabinets are only made of wood cut up into different parts. If a certain part of the cabinet is weak or has a hole, chances are it will disintegrate as a whole because of its craftsmanship. Rarely would you see a used kitchen cabinet that is still as good as it was when it was first crafted for retail.

Also, you would notice that people sell objects for a multitude of reasons. For cars and cellphones, the number one reason they are resold is that a newer model has come out. You can’t exactly say that for kitchen cabinets because they are not made that way. As such, if you want to sell a kitchen cabinet, it’s probably because it is not as good as when you first bought it. I mean, who would sell a perfectly good kitchen cabinet in the first place?

Besides, utilizing used kitchen cabinets is actually a waste of money on your part. Finding a used kitchen cabinet that may be relatively cheap at first glance would not necessarily be so since making it fit your own kitchen would require a little more spending on your part. You have to repaint it, first of all, so that the cabinet will fit the color of your kitchen. Also, you have to reinforce some of its parts with plywood or wood slabs in case it may be weak and fading. 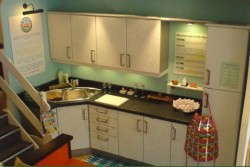 In the end, you might actually fare better (and by that I mean save money) by buying wood for yourself and applying what you learned in wood shop class in high school to construct a kitchen cabinet of your own design. Personally, I wouldn’t be caught dead buying used kitchen cabinets for sale because it’s just so… uncouth. I mean, you have to pardon me, I’m an interior designer by trade so I have to maintain a certain standard when it comes to some home components.

Bear in mind, however, that avoid does not necessarily mean totally refrain from. I’m saying you should try as much as possible from purchasing used kitchen cabinets because I personally believe everyone can do better than that. That’s just my opinion, from the point of view of one who’s been in the business of decorating houses. What do you think? Share your thoughts by leaving a line on the comments section below.

Tips on Grouts and Tile Spacers

Precaution With and For Window Screens

Why you should get Cabinet Hardware